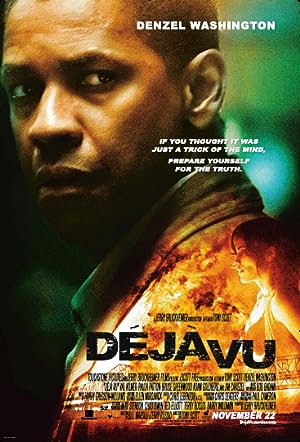 After an explosion on a ferry kills over 500 people including a large group of party-going sailors, an ATF agent investigates the crime. AN FBI agent also joins the investigation. Impressed with the ATF agent’s skills, the FBI agent invites him to join a new team that has a new program that uses satellite technology to look backward in time for 4-1/2 days to try to capture the terrorist. Meanwhile, a young woman who was burned washes up on shore.

Meant to look like part of the explosion, the body arrives at its location too soon, which leads the agents to believe her death is related to the explosion. As they use the new technology to study the woman, the ATF agent determines that this is not satellite imagery but somehow is using a time warp.